Surface membrane fouling is a greater operational impediment in industrial effluent treatment than in municipal and, also in most cases, is ameliorated primarily by chemical cleaning. 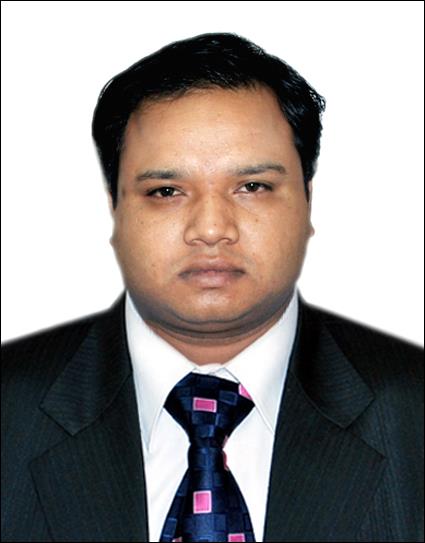 Water scarcity is among the most serious issues and water crises faced by the world as a result of poor management of climate change. There are many places in India which have serious water crises. India’s sixth-largest city Chennai faces serious water crises problem. Maharashtra state’s Latur district experienced a great water shortage in 2019. Gujarat is already thinking to solve their water crises issues and they are going to install desalination systems in various parts of Gujarat.

To cope with this situation, investigators and engineers have been attempting to develop treatment methods of every sort, which aim to eliminate the pollutants in water bodies or to increase the water supply via the safe reuse of wastewater and efficient desalination of sea water as well as brackish water. Among all the process used for water and wastewater reuse, membranes technology is a best and very reliable process at present. The membranes-based process used for water and wastewater treatment include direct membrane filtration, such as microfiltration, ultrafiltration, Nanofiltration and reverse osmosis and hybrid membrane processors like MBR.

There are several issues that have not yet been fully understood and they still are a significant obstacle toward the broad application of membranes process. One of the major issues is the understanding and mitigating of the membranes fouling, which is inevitably associated with membrane process. Membrane fouling is also a big issue in wastewater treatment industry. Here, I oblige that throughout from last few years a strongly increasing number of investigations per year were performed.

What is membrane fouling?

Membrane fouling can be defined as the undesirable deposition and accumulation of particulate matter, micro-organism, colloids and solutes on membrane’s surface.

As shown in the figure, membranes fouling can be attributed to both membrane pore-clogging and cake deposition on membranes which is usually the predominant fouling component. Membrane fouling is a very complicated phenomenon and results from multiple causes. The particle size of the pollutant in wastewater may strongly affect fouling mechanism in a membranes filtration system. If the size of foulant is comparable with the diameter of the membrane’s pores (i.e., Colloids), or smaller than the pore size (i.e., solutes), adsorption at the internal pore surface and pore-blocking may occur. However, if foulant is much larger than the pores of the membrane, they tend to form a cake layer on the surface of the membrane. Membranes fouling result in a reduction in permeate flux and increase the transmembrane pressure (TMP), depending on the operation mode. When the cake layer formed on membranes surface then crossflow velocity affects the thickness of the boundary layer.

Generally, the intensity of membranes fouling results from the following mechanism:

• Adsorption of solutes or colloids within/on membranes, such as silica can precipitate at a concentration below saturation in the presence of aluminium or iron.

• Formation of cake layer on the surface of the membranes.

• Organics, which provide the nutrients for microbes.

• Metal, such as iron and manganese that precipitate when oxidized; aluminium typically from alum, which is commonly overfed, particularly into municipal/surface sources; hydrogen sulphide, which releases elemental sulphur upon oxidation, a sticky material very difficult or not possible to remove from a membrane’s surface.

Biofouling or biological-fouling is basically caused by deposition growth and metabolism of bacteria cells on membranes surface. Such accumulation is referred to as epibiosis when the host surface is another organism and the relationship is not parasitic. Biofouling may start with the deposition of individual bacteria on the membranes surface, after which the cells multiply and form a cake. Many researchers suggest that soluble microbial products (SMP) or extracellular polymeric substance (EPS) released by bacteria play important roles in the formation of biological foulant and cake layer on membranes surface.

The deposition of bacteria cells can be visualised by techniques such as scanning electron microscopy (SEM), we use this technique during membranes autopsy for analysing the bacterial growth on membranes surface.

The potential for biofouling of a membrane can be determined by considering the assimilable organic carbon (AOC). This test is a bioassay that measures the growth potential of micro-organism in a sample.

The degree of membrane fouling with microbes that has already occurred is determined by checking the number of colonies that slough off membrane into RO reject stream.

Microbial fouling is best dealt with before biofilm becomes mature. Biofilm protects the micro-organism from the action of shear forces and biocides chemical used to attack them. These microbes can be destroyed using chlorine, ozone, UV radiation or some non-oxidizing biocides such as – DBNPA, SPCP, THPS, DDAC as well as ODDAC.

Organic fouling in membranes processes refer to the deposition of natural organic matter (NOM) or soluble microbial products (SMP), which is mainly composed of proteins, humic acids and polysaccharides on the membrane’s surfaces. NOM is the main substance causing fouling on membrane’s surface. For NOM, humic substances are most detrimental foulants, which can cause severe irreversible fouling through pore blocking. Another organic foulant is the residual organic matter in the effluent of wastewater treatment plants. The ability of organic foulants to foul membranes includes their affinity for RO membrane, molecular weight and functionality. Negative functional groups on organic polyelectrolytes may be repulsed by the negatively charged membrane surfaces of RO membranes. Greater charge density on the membrane surface is often associated with higher hydrophilicity. Because most RO membranes are made of hydrophobic polymers, organic matters in the feed water usually tend to be preferentially adsorbed onto the membrane surfaces.

Silt density index (SDI) is the most widely used fouling index to quantify fouling potential of colloidal particles in feed water. Most notably, the SDI is only measuring the fouling rate associated with particles larger than 0.45 mm, since it uses a 0.45-mm filter membrane. In many RO processes where feed water is prefiltered before reaching RO systems, membrane fouling is usually caused by particles much smaller than 0.45 mm. In addition, the SDI adopts dead-end flow mode, which is different from the crossflow mode commonly employed in conventional full-scale RO processes. As the operating flow mode affects the fouling behaviour of the particles on the membrane surface, fouling potentials measured when operating in these flow modes may be different.

The accuracy of SDI also became questionable when it was reported that the index given by SDI is not proportional to the colloidal concentration. Other indices, such as modified fouling index (MFI), have been proposed in view of the deficiencies in SDI. Unlike the SDI that is empirically derived, MFI is based on the theory of cake filtration and is observed to be proportional to the colloidal concentration in the reported tests. Unfortunately, this method to measure colloidal fouling potential adopts the same type of filter membrane and operating flow mode as the SDI. Hence, the index may not be suitable for use in RO processes.